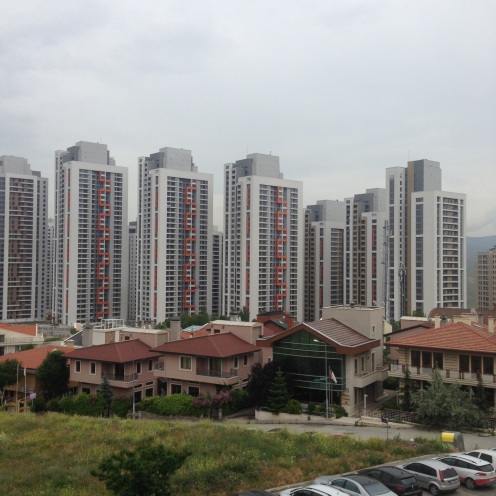 I have lived in both cities too. I want to give a few details about these cities. As you know, Ankara is capital of Turkey and London is the capital of The United Kingdom,(U.K). They might be the capitals of two Power houses, but Ankara and London couldn’t be more different in stile and manner.

London has a vast variety of traditional English pubs and Michelin star restaurants. London has so many ethnic restaurants, for instance; Turkish, French, Italian, Greek, Japanese, Chinese, Korean, India and American…etc. London food culture in London is different mix of international cuisine. Many would argue that, London is worth eating in because of the variety of the international restaurants. Yes, there are plenty of places but they aren’t the cheapest restaurants, I’ve ever tried.

It is pretty safe to say London is a more crowded city than Ankara. London is the most populated metropolitan area in the world, and London is widely recognised as one of the best cities in the world for business, but not very good for the job training opportunities considering how many young people are looking for a job. However, Ankara has a slightly higher unemployment rate than London.

Some museums and cultural activities are free in London, on the other hand, in Ankara, most of them are not in free but they are cheaper than London. Both cities have a vibrant theatre scenes, well London’s theatres are more expensive than Ankara’s.

In addition, the London underground transportation system is older than Ankara’s underground system, I’ve ever seen but not bad, considering how old it is. London has everything from past centuries, for instance; there are so many beautiful buildings from age old cathedrals to Victorian town houses in the Chelsea and Kensington area. However, the houses aren’t the cheapest houses, I’ve ever heard about but not bad considering the the aircraft noise!

On the other hand, Ankara’s houses are cheaper than London’s houses, however they are the modern houses and Ankara is growing rapidly and there are more Skyscraper compared to ten years ago, however it isn’t the greatest architecture and for a city, I’ve ever seen not very pretty considering how much they cost.

Finally, night life in London goes on well into the morning, with clubs and bars staying open much later than those in Ankara.  Ankara is a wonderful city and  I hope, Ankara may be protects its historic buildings and covers of the green as London.

I could give limited info here because it’s only a relatively short article.

Give a comment, pointer or anything else! Cancel reply